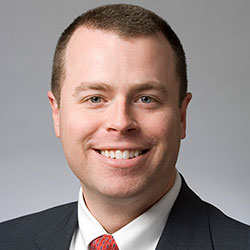 Brian Ledwith, executive vice president and senior commercial lender, joined MutualOne Bank in 2007, having started his career as a management trainee in a one-branch bank on Congress Street in Boston during the 1990 recession.

Brian and his wife met when he was 18 and they have been together ever since. Together they have two children, a son in college and a daughter in high school, both of whom he coached in town sports including baseball, softball, soccer and hockey. While his coaching days are over, he still plays hockey twice a week and acts as the captain and (of course) treasurer for the team.

He received a bachelor’s degree from Boston College in 1990 and graduated from the Independent Community Bankers of America National School of Banking in Fairfield with honors in 2004. Next time you see Brian, make sure to ask how his hockey team is doing!