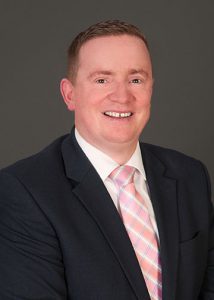 Colm Hamill has been promoted to branch manager of MutualOne Bank’s Natick office, according to an announcement made today by Steven M. Sousa, executive vice president and chief operating officer. In his new role, Hamill will be responsible for the administration and daily operations of the Main Street branch, including customer service, product sales, and security and safety.